In September I spent a day building the frame for the mirror. I’m no good at woodworking, so it’s a bit rough around the edges (literally). Maybe someday I’ll have the skills to rebuild, but it’s pretty good for now. 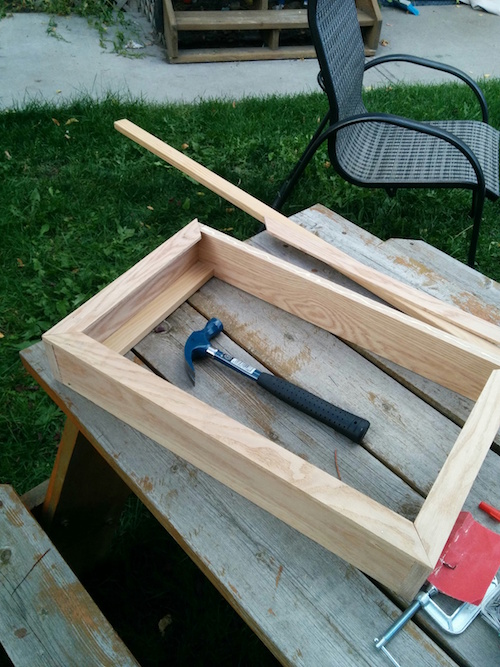 I had the dimensions of the monitor, and then I got a mirror about 1/4” wider on each side, and then I build the frame to be 1/4” larger than the mirror, which ended up working out very well. I used the corner clamp to make sure the corners lined up and didn’t move while screwing them in. I also learned that it’s important to pre-drill holes after breaking a couple screws and wasting some wood.

I glued and nailed down the bezel, to be sure it wouldn’t fall apart, I also added a support across the top, visible in the above picture, to support the frame when mounted on the wall. I’m still unsure about how to mount this though, as it’s really heavy and I’ve never mounted anything on a wall that’s reasonably heavy.

The miter box was pretty slow going and the cheap saw wasn’t very effective, but did a very good job of precisely cutting the wood at the correct angles. 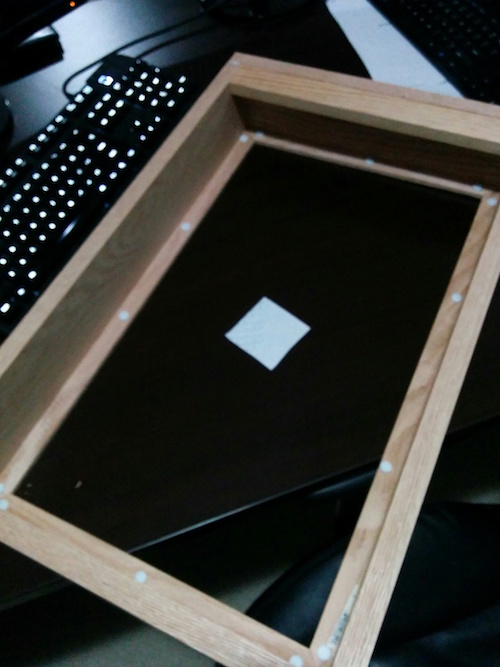 I added some fuzzy dots on the wood, to prevent the mirror from moving around and scratching on the wood. It’s to-be-determined if that will have any affect on the ability to read the mirror. 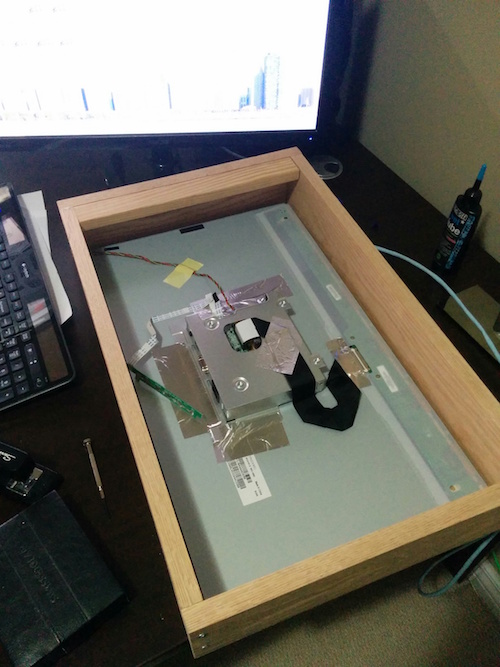 After a quick test fit, it looks perfect 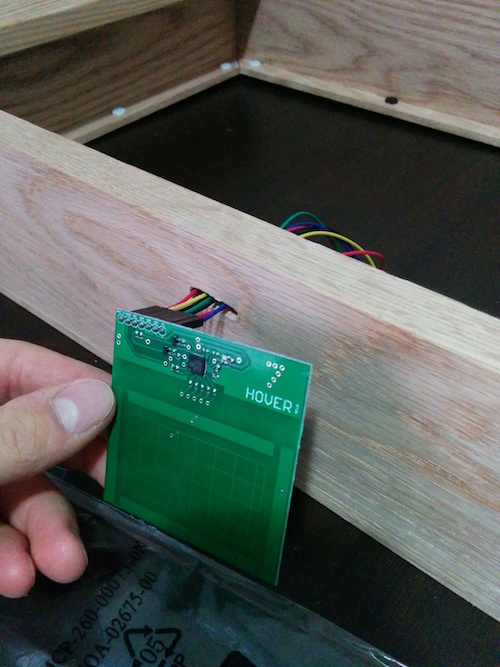 At the same time, I’ve been doing a bit of coding to get the mirror together. Once I have that working, I’m going to permanently put it all together and see how it works.

I am Calgary based full-stack application developer.